The horror: we’ve had 309 mass shootings in the US so far this year.

I’m writing this in early July of 2020, so the number is undoubtedly – and regretfully – higher as you read this.

More horror: this is just the tip of the iceberg. A mass shooting is defined as one with four or more victims, and most gun violence does not involve multiple victims. If we include a shooting with any number of victims, there were over 44 THOUSAND American deaths by firearms in 2021. We humans aren’t good at visualizing large numbers, so let me put it another way. That’s enough people to fill the main auditorium of Carnegie Hall 15 times. Every year.

Are Gun Deaths a Cultural Problem?

It is a complex cultural problem. Embarrassing as it is for us to admit, it is a uniquely American problem. There are 8 times as many gun deaths per capita in America as in Canada, and 206 times as many as in Japan. We are the world leaders in shooting people: this is not how I want to stand out.

The statistics suggest that our “leadership” is a combination of gun availability (there are more guns here than people), general fear (Canadians are known for leaving their doors unlocked at night), and a low value upon order (the Japanese culture doesn’t even tolerate littering, much less homicide).

I’m not here to propose a general solution. I’m really not interested in receiving the string of hate mail that any specific proposed solution would engender. What I am interested in doing is exploring the role that mental health professionals might have in reducing the horror.

The Role of Mental Health Professionals in Reducing Gun Violence

Recently, both political parties and all branches of government actually agreed on something: increased access to mental health services for angry people certainly can’t hurt. One familiar description by friends and neighbors of shooters after the crisis is “he was quiet; I had no idea.”

In other words, he was brooding, not talking.

Even those that do post their accusations and rage online are not involved in conversations, just one-sided diatribes. It stands to reason that conversations with therapists would reduce the likelihood of thoughts becoming actions.

Balancing Care With Duty To Warn

But this introduces another dilemma. Professionally, we have a “duty to warn” and some states have “red flag laws” that can take weapons out of the hands of potential shooters. But if the point is to engage angry people in dialogues about their hatred, where does reporting fit in?

If we routinely report these conversations to authorities to trigger the red flag laws, we will quickly gain a reputation as “the thought police.” Therapists will be the last kind person with whom an angry person would want to discuss their anger.

What is your opinion? Which of these would deserve “duty to warn” reporting and the triggering of red flag laws? I know that I would not report the first, and would definitely report the last of these, but I’m not sure where to draw the line on the others. The “duty to warn” laws themselves offer little concrete advice. The phrase “imminent danger” is not defined therein, implying that we are to define it ourselves.

Again, I offer no solution. I just believe that it is an increasingly good idea to:

Join our discussion on our Facebook page to listen, lift up, and discuss with other qualified mental health professional like yourself.

CMS released the 2020 final rule with changes to its... 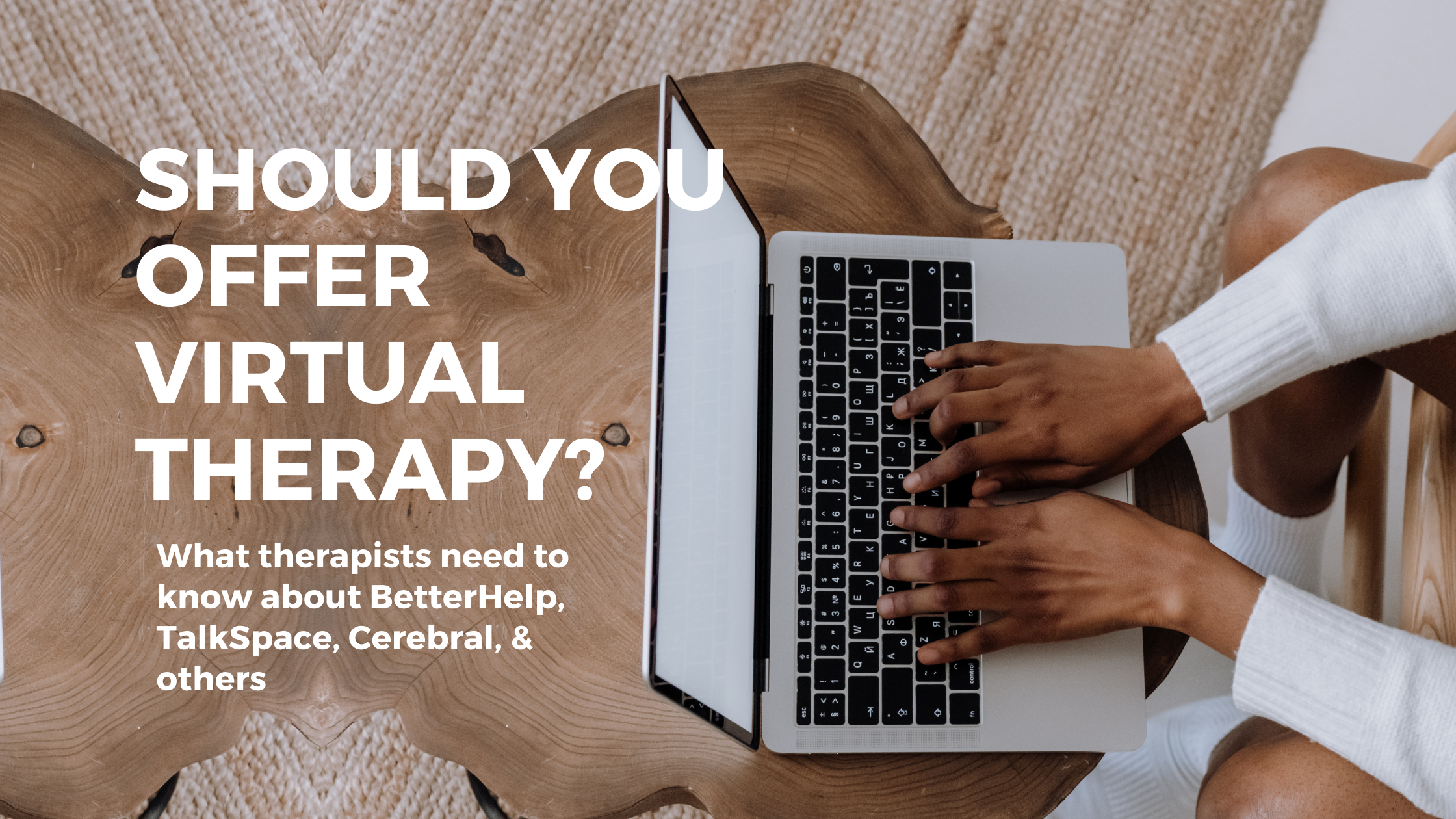 Should You Offer Virtual Therapy?

What Therapists Need to Know about BetterHelp, TalkSpace and Cerebral

As the world continues to become increasingly digital, many therapists are wondering about virtual...